The entrance to a hospital usually reads, ‘silence please’…

(Based on a true story)

The Patient was in great distress, pain and agony as he lay on a long, black, wooden form. His eyes gazed at the white top ceiling silently. We waited for the physican where They All Seemed Occupied silently at their silent offices.

When the Physician came, He Seemed to be silent. He beckoned to Me to give a hand to our silent patient into the silent examining room.

Out Of his silent knowledge, he examined him silently. In his silent observation, he noticed a silent malignant tumour. The patient distorted his face as silent lumps called shoots.

The Physician Said; “The Tumour Seems to have spread silently”. Then he turned silent again. From his silent look I knew things were not well. I envisioned fear.

He ordered his patient to be taken to an operational theatre. The Surgeons operated him silently. All You’d Hear Were the beeps from the operational machines. The Surgeons tried energetically to save his life which was silently ebbing away but one thing that perplexed them, the theatrical operating Machines gave away before the patient. He had a silent transition from life to the world of the invisible and the silent ones.

Afterwards his boyfriend was informed about his fate. He entered into the theatre where his silent lifeless body lay. He looked at the cadaver and bent his head. He took his right hand, held it and kissed it silently.

He went outside crying silently for men don’t cry aloud. Later, the boyfriend went to his grave where he heard his silent voice. He saw a silent suffering in the back beyond as he held a bouquet of flowers

This he said; “On this grave lays who is silent and on this hovel, my silent expectations with him and known by the one who lies here”.

He Knew Too that one day somehow he will embrance his silent lover again. He left the graveyard went home and entered their silent room to undergo a new episode of silence without him. He felt the silence this way.

Any Time Could Be The Last Time You See Or Talk To Someone.

6 replies on “THE SILENT WAY”

Silence is a dreadful pain that neither kills nor let’s us live🤫😶. While we suffer silently it smiles silently, testing, and teasing us horrifically.

This was beautifully written. Silence is what holds us back from expressing our true selves, and it was used eloquently over here. Great post! 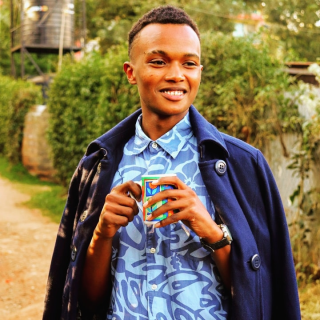